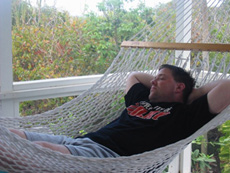 A new study proves that a good nap in the afternoon can actually help to boost one’s memory. This news will definitely put a smile on many a face.

The research which was led by Dr. Matthew Tucker at The City University of New York, took a look at how napping affected the recall of a group of students. The volunteers were asked to memorize pairs of words, such as ‘hands’ and ‘clock’. Their ability to learn an action was also tested, with the men and women trying to accurately trace the mirror image of a complex pattern.

After this, half the group was taken to a soundproof chamber and they were allowed to nap for up to an hour. The average time spent asleep by this half of the group was 47 minutes. While they napped, the other group relaxed by reading magazines and watching films.

Six hours after the start of the experiment, both sets of volunteers were re-tested on the memory and mirror games. It was observed that both the groups performed equally well on the mirror-image test. More importantly, those who had napped did much better on the memory test than those who had stayed awake all afternoon.

In fact, the nappers remembered 15 per cent more word pairs than the other group who stayed awake reading magazines and watching films.