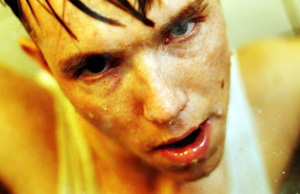 A new study shows that men who exercise to exhaustion, experience changes in their hormone levels and sperm counts.

While these changes aren’t permanent, Diana Vaamonde of the University of Cordoba in Spain and colleagues note, the findings suggest that exercise could impair fertility in men with poor sperm counts and low hormone levels.

Women who exercise intensely frequently show obvious changes in hormonal patterns, Vaamonde and colleagues point out in the International Journal of Sports Medicine. For example, they may stop menstruating. But the effects of exercise on men’s fertility are not so clear.

The researchers set out to investigate how recreational exercise might influence male reproductive factors by assigning 16 healthy young men to either pedal to exhaustion on a special exercise bike four times a week for two weeks, or to avoid intense physical activity.

The exercisers showed a drop in their sperm concentration, ejaculate volume, and the number of sperm per ejaculate, as well as other changes in sperm quality.

Their levels of two other hormones follicle stimulating hormone and luteinising hormone fell, but remained within normal levels, while their testosterone levels rose.

Two to three days after the training ended, hormone levels and measures of sperm and semen quality and quality had returned to near-normal levels among the exercisers, the researchers found.

However, recovery might not be so quick among older men, the investigators say, noting that the average age of the men in the current study was about 19.

Interactions among the brain, the pituitary gland and the testicles control fertility, the researchers point out, and exercise could have disrupted this system. Changes in the exercisers could also have been due to inflammation.

Future research should look at how exercise affects reproductive factors in men with low sperm counts and hormone levels, they conclude