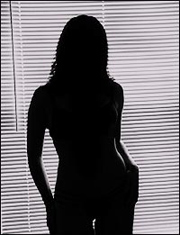 “It’s actually a very simple problem to correct with iron supplements and probably a multivitamin,” added Dr. Jennifer Wu, an obstetrician/gynecologist at Lenox Hill Hospital in New York City. “It would be a very easy fix for infertility if iron plays a role in ovulatory dysfunction.”

“This is just one study,” Wu said. “We need more studies with larger numbers to indicate what exact level of iron supplement is ideal for women attempting conception.”

According to the study, iron deficiency is the most common nutritional deficiency in the world. Women of childbearing age are at increased risk for the condition, since menstruation, pregnancy and lactation take their toll on the body’s iron supplies.

For this trial, Harvard researchers looked at data on more than 18,500 married, premenopausal women who were participating in the Nurses’ Health Study II. None of the women had a history of infertility and all attempted or actually became pregnant between 1991 and 1999. Diet was assessed twice and then correlated to the incidence of infertility.

The researchers looked specifically at the use of iron supplements, intake of iron in the diet (supplements plus food) and whether there was a difference between “nonheme” iron (from animal sources) and heme iron (from vegetables sources and supplements).

During an eight-year follow-up, “women who consumed nonheme iron had a significantly lower risk of infertility due to ovulation when compared to women who were consuming low iron or heme iron,” said study author Dr. Jorge E. Chavarro, a research fellow in the department of nutrition at Harvard School of Public Health. Women should also inform their physician if they plan to boost their iron intake, he added.

“It’s important that the results are reproduced, but the results suggest that women who are trying to get pregnant should consider having greater amounts of iron in their diet from non-animal sources including multivitamin supplements,” Chavarro said.
The findings do seem to make some biological sense, said the study authors and others.

“You assume that you need certain building blocks in order to ovulate and have conception and fertilization and all that, so it does make sense that you’d want to have good nutrition overall,” Wu explained. “What the exact mix of nutrients is, no one knows.”