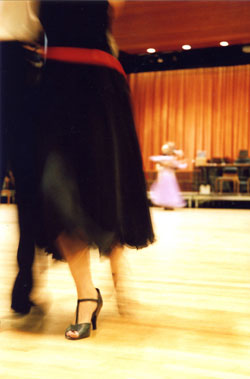 All you people who maybe fretting the repercussions of cardiac rehabs, here is some good news for you all.

Italian researchers have devised a rather interesting and enjoyable way to deal with the otherwise boring and mundane task of cardiac rehabilitation. Experts reveal that ‘waltzing’ is the best way to exercise damager hearts without having to squeeze into spandex or gyrate in a gym.

Waltzing proved to be just as effective as bicycle and treadmill training for improving exercise capacity in a study of 110 heart failure patients. Dancers also reported slightly more improvement in sleep, mood, and the ability to do hobbies, do housework and have sex than the others.

Dr. Robert Bonow, cardiology chief at Northwestern University School of Medicine said, “This may be a more effective way of getting people to exercise, and may be more fun than running on a treadmill. Maybe we should try that here. I’m not sure we can get Americans to waltz, but they can certainly dance.”

Exercise is essential after people suffer heart problems, but getting people to stick with it is tough. As many as 70 percent drop out of traditional programs, said Dr. Romualdo Belardinelli, director of cardiac rehabilitation at Lancisi Heart Institute in Ancona, Italy.

“We have to find something that may capture the patients’ interest,” he said on Sunday at an American Heart Association meeting in Chicago where he presented results of his study.

They zeroed upon waltzing as it is “internationally known” and is quite aerobic, as the study ultimately verified, he said.

Heart rates were checked during both activities, more extensive exercise tests were done at the start and end of the study, and artery imaging exams were performed.

Cardiopulmonary fitness increased at similar rates among those who danced or exercised and did not change in those who did neither.

Imaging showed that dancers’ arteries were more able to dilate and expand in response to exercise than non-exercisers.

Part of the benefit may be that dancers had a partner and social companion rather than cycling or walking on a treadmill alone, doctors said.

“This type of program is more effective,” Belardinelli said, “because it is fun.”

Various forms of dance have always proved beneficial for the body and are regarde as some of the best way to remain fit and stay healthy.