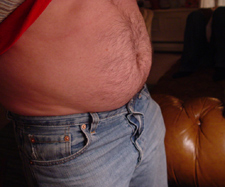 A new study states that shedding those extra kilos cuts down the risk of a severe form of prostate cancer.

The American Cancer Society and the Duke University Prostate Centre tracked the weight of nearly 70,000 men between 1982 and 1992, and found that men who lost more than five kilograms had a lower risk for aggressive prostate cancer than men whose weight remained the same over a decade.

Previous studies have found that obese men have a higher risk of developing severe prostate cancer. This study appears to be the first to indicate that recent weight loss can decrease that risk.