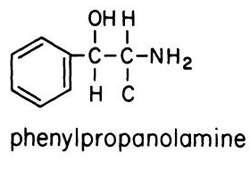 Intake of small doses of cold remedies that contain phenylpropanolamine (PPA) appears to increase the risk of hemorrhagic stroke in women, Korean researchers have reported.

Co-author Dr. Byung-Woo Yoon of Seoul National University Hospital and his colleagues have pointed out that there have been previous reports that appetite suppressants containing PPA increase the risk of hemorrhagic stroke in young and middle-age women.

Woo said that the “association between diet pills containing large doses of PPA and brain hemorrhage was already proven, our study reveals that even smaller doses of PPA in cold remedies can increase the risk of hemorrhagic stroke.”

To investigate, the researchers studied 940 patients with hemorrhagic stroke and matched each with two controls. The findings are reported in the January 9th issue of Neurology.

Overall, 1.7 percent of the women were exposed to PPA within 14 days of the stroke, compared with 0.7 percent of controls, in the 14 days prior to the index date. All of these exposures were due to cold remedies containing PPA. None of the subjects were using appetite suppressants.

The risk of stroke associated with PPA exposure was more than double the normal risk. In addition, more recent and larger and longer PPA exposures were also found to be related to increased stroke risk.

Among the women, the stroke was increased by 4-fold, but the risk among the men did not reach statistical significance.
This was also the case for an earlier study in which PPA was used in an appetite suppressant. In that study, relatively few men were included.

In the current study, exposure to PPA was similar for men and women. The investigators therefore conclude that “the more evident risk in women cannot be attributed to the difference in exposure between the sexes.”