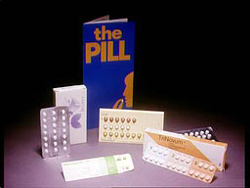 Experts have warned that some of the newer birth control pills that are being sold over the counter may double the risk of life-threatening blood clots. They are even demanding a ban of the sale of the same.

All contraceptive pills are anyway known to carry some risk of blood clots that are a side effect of the hormones – oestrogen and progestin – contained in the pill. However, many of the third-generation low-dose oral contraceptives developed in the 1980s contain desogestrel – a type of progestin known to be a risk factor for blood clots – according to Public Citizen, an advocacy group.

American women used as many as 7.5 million prescriptions for third-generation oral contraceptives from November 2005 to October 2006.

A ban on the pills, could save hundreds of women a year from developing venous thrombosis, or blood clots, which have disabling and sometimes fatal consequences.

Venous thrombosis usually appears in a patient’s legs, but can also occur in the abdomen, arms, veins of the brain and superficial veins. This is particularly dangerous as the clots can travel through the veins and block blood flow at another location, causing a condition known as venous thromboembolism.

Blood clots that travel to the lungs can cause pulmonary embolism, which is often fatal.

The group has filed a petition with the Food and Drug Administration, demanding that some of the newer birth control pills should be taken off the market.