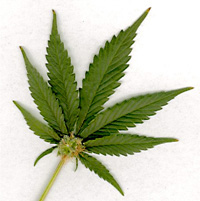 In a small study that was conducted at San Francisco General Hospital from 2003 to 2005, it was found that smoking marijuana eased HIV-related pain in some patients. This study represents one of the many attempts to find out if the drug supposedly has medical benefits.

The study involved 50 patients who suffered from HIV-related foot pain known as peripheral neuropathy, for which there are no known prescription drugs to treat that kind of pain.

As part of the study, three times daily for nearly a week , the patients smoked marijuana cigarettes that were machine-rolled at the National Institute of Drug Abuse, which happens to be the only legal source for the drug recognized by the federal government.

Half the patients received marijuana, while the other 25 received placebo cigarettes that lacked the drug’s active ingredient, tetrahydrocannabinol. Scientists said the study was the first one published that used a comparison group, which is generally considered the gold standard for scientific research.

Thirteen patients who received marijuana told doctors their pain eased by at least a third after smoking pot, while only six of those smoking placebos said likewise. The marijuana smokers reported an average pain reduction of 34 percent, double the drop reported by the placebo smokers as measured with a widely accepted pain scale.

“These results provide evidence that there is measurable medical benefit to smoking cannabis for these patients,” said Dr. Donald Abrams, the University of California, San Francisco professor who led the study.

Many critics of smoked marijuana agree THC has promise as a painkiller, but they argue the smoke itself is harmful.

“People who smoke marijuana are subject to bacterial infections in the lungs,” said David Murray, chief scientist at the Office of National Drug Control Policy. “Is this really what a physician who is treating someone with a compromised immune system wants to prescribe?”

Murray also questioned the statistical relevance of study with just 50 participants in the test.

The study is one of the few human tests in a research field nearly devoid of federal funding.

“This is a valid medicine and I want safe access to my medication,” said Diana Dodson, a 50-year-old grandmother of five who participated in the test in 2004.