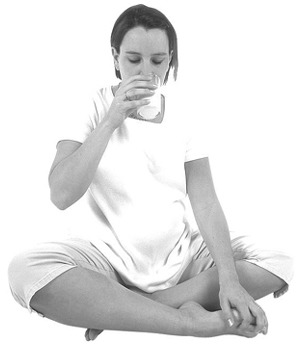 As per a study published on Wednesday, women who consume full-fat milk and ice-cream have a better chance of getting pregnant, as compared to those who have an intake of low-fat dairy products, who may be actually hindering their pregnancy by doing so.

The study monitored 18,555 women between 24 and 42 in the United States who tried to or became pregnant between 1991 and 1999. Interestingly the results of the study sharply challenge US government dietary guidelines, the authors said.

Three or more daily servings of low-fat milk or its equivalent per adult “may well be deleterious for women planning to become pregnant as it would give them an 85 percent higher risk of infertility due to a lack of ovulation,” Jorge Chavarro, a researcher at Harvard University’s School of Public Health, lead author of the study said.

Contrary to this, women who ate a minimum of one serving of high-fat dairy food – whole milk, ice cream or, better yet, a milk shake – “reduced their risk of anovulatory infertility by more than a quarter” compared to women who ate little or no high-fat dairy.

Researchers were uncertain what they would discover before sifting through the data, Chavarro wrote in an e-mail, noting that previous studies on the relation between dairy products and infertility were contradictory.

However the association that emerged was so strong, he continued, that he was prepared to recommend that women seeking to have a baby ignore the government guidelines.

“I think it is reasonable to consider having one or at most two servings of full-fat dairy foods per day temporarily while trying to get pregnant,” he said.

Consumption of saturated fats should be kept to a minimum, he added, and total calorie intake should remain the same.

The researchers believe that the presence of a fat-soluble substance, which enhances ovarian function, might explain the lower risk of infertility from high-fat dairy foods.

Previous studies had suggested that lactose – a sugar found in milk -might be associated with a lack of ovulation, but Chavarro’s research showed no correlation at all, either negative or positive.

The Harvard study drew from data gathered in the massive Nurses’ Health Study II, which started in 1989 when 116,000 female registered nurses filled out a baseline questionnaire about their health. The survey has been repeated every two years since then.

From the 18,555 married, pre-menopausal women followed in Chavarro’s study, 438 reported infertility due to problems related to ovulation.