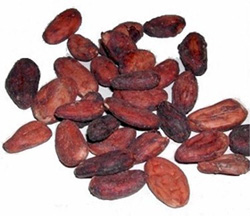 A Harvard Medical School scientist has claimed that Epicatechin, a chemical found in chocolate, could stave off a range of diseases from cardiac problems and cancer to dementia and stroke.

After spending years studying Central American Indians whose diet is exceptionally rich in cocoa, Professor Norman Hollenberg said that epicatechin could prove as important to medicine as penicillin or anaesthesia, reported the online edition of Epicatechin occurs naturally in cocoa beans. Hollenberg compared the health of the Kuna, who live on a group of isolated islands, with that of inhabitants of the Panamanian mainland.

He found the Kuna tribe rarely suffer from high blood pressure and have much lower rates of cancer, heart disease and strokes – some of the biggest killers in the developed world – than neighbouring tribes in Panama.

It is due to their high intake of epicatechin, which they get from drinking up to five cups of cocoa a day, Hollenberg said. ‘The health benefits of the chemical, which is also found in tea, wine and some fruit and vegetables, could be enormous.’

Other research showed that when the Kuna moved to the mainland, they were more likely to suffer from these conditions – suggesting their previous good health was due to diet rather than genes.

It is thought that epicatechin boosts health by relaxing blood vessels and improving circulation. Other conditions that could benefit from this include dementia, impotence and pre-eclampsia, a life-threatening complication of pregnancy, the scientist said.

Unfortunately for chocolate lovers, most of the naturally occurring epicatechin is removed in the processing of cocoa beans.

But in the future, the plant compound could be sold as a dietary supplement or used to develop drugs, Hollenberg said.