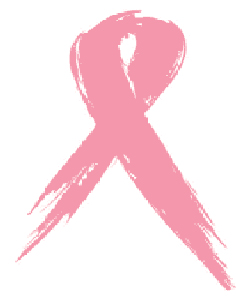 The combined treatment is designed for women who have just received prior therapy with other cancer drugs such as anthracycline, taxane and trastuzumab.

According to the American Cancer Society, about 180,000 new cases of breast cancer are diagnosed each year, and approximately 8,000 to 10,000 women die from metastatic HER2 positive breast cancer annually.

Tykerb, a new molecular entity (NME), is a kinase inhibitor that works on multiple targets to deprive tumor cells of the signals needed to grow.

Unlike, for example, trastuzumab — a monoclonal antibody, which is a large protein molecule that targets the part of the HER2 protein on the outside of the cell — Tykerb is a small molecule that enters the cell and blocks the function of this and other proteins.

Because of this difference in action mechanism, Tykerb works in some HER2 positive breast cancers that have been treated with trastuzumab and are no longer benefiting from treatment.

“Today’s approval is a step forward in making new treatments available for patients who have progression of breast cancer after treatment with some of the most effective breast cancer therapies available,” said Steven Galson, MD, M.P.H., Director of the FDA’s Center for Drug Evaluation and Research. “New targeted therapies such as Tykerb are helping expand options for patients.”

The most commonly reported Tykerb-related side-effects include diarrhea, nausea, vomiting, rash and hand-foot syndrome, which mayinclude numbness, tingling, redness, swelling and discomfort in hands and feet.