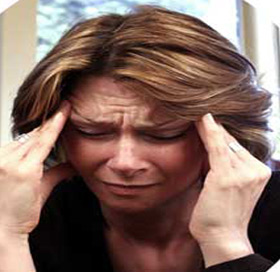 A US study has found that people, who suffer from frequent migraine headaches, appear to have less loss of cognitive function as they age than those who do not suffer from migraines.

For the study, US researchers tracked 1448 people, including 204 people with migraine attacks, for a period of 12 years. They were given cognitive tests periodically.

The migraine suffers who participated in the study started out with slightly lower cognitive function but lost less. The effect was most pronounced in people who had migraines with aura- which is an advanced warning that a migraine is on its way.

According to Amanda Kalaydijan, a researcher with the National Institute of Mental Health and lead author of an article in the journal Neurology, the research team was surprised by the results.

Kalaydijan said that it is possible that migraine sufferers benefit from taking better care of themselves by getting more sleep and eating better, or that medication they take helps them retain cognitive function.

However, the researchers wrote that the cause of such an occurrence is more likely to be biologic.