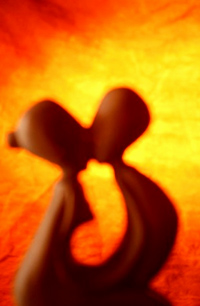 Appearing on CBS’ “The Early Show,” Cosmopolitan Editor in Chief Kate White said sex appeal can be segregated on the basis of the major attraction types: instant attraction; the power of scent; slow-burn love; and opposites attract.

As per White, instant attraction is based around early life crushes and appreciating similar backgrounds.

“When you find yourself attracted to preppy guys with blue eyes or Johnny Depp because he was your crush, it really has to do with those early crushes,” White maintained.

An individuals scent can attract others on an instinctual level, said White, while slow-burn love represents the romantic fruition of a long friendship.

“Slow-burn love is when all of a sudden you find yourself attracted — maybe after many years — to a guy who you were friends with,” she said.

According to White, the main reason behind the popular ‘opposites attract’ notion is that people often seek out in potential romantic interests, characteristics they lack themselves.