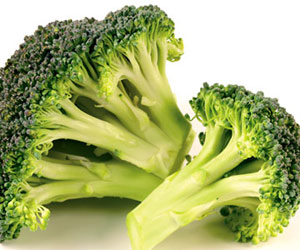 The next time you decide to serve up broccoli to your family at home, make sure that you do not boil it. Boffins are warning that boiling brassica vegetables such as broccoli, cauliflower, green cabbage, and Brussel sprouts can severally damage their anticancer properties.

However before this research it was not known how the glucosinolates and isothiocyanates were influenced by storage and cooking of Brassica vegetables.

As a part of the study, researchers Prof Paul Thornalley from Warwick Medical School at the University of Warwick and Dr Lijiang Song from the University of Warwick’s Department of Chemistry bought Brassica vegetables, (broccoli, Brussel sprouts, cauliflower and green cabbage) from a local store and transported them to the laboratory within 30 minutes of purchasing.

The effect of cooking on the glucosinolate content of vegetables was then studied by investigating the effects of cooking by boiling, steaming, microwave cooking and stir-fry.

Boiling appeared to have a serious impact on the retention of those important glucosinolate within the vegetables. The loss of total glucosinolate content after boiling for 30 minutes was: broccoli 77 percent, Brussel sprouts 58 percent, cauliflower 75 percent and green cabbage 65 percent.

The effects of other cooking methods were investigated: steaming for 0-20 min, microwave cooking for 0-3 min and stir-fry cooking for 0-5 min. All three methods gave no significant loss of total glucosinolate analyte contents over these cooking periods.

Domestic storage of the vegetables at ambient temperature and in a domestic refrigerator showed no significant difference with only minor loss of glucosinolate levels over 7 days.

However the researchers found that storage of fresh vegetables at much lower temperatures such as -85 degrees Celsius (much higher than for storage in a refrigerator at 4-8 degrees Celsius) may cause significant loss of glucosinolates up to 33 percent by fracture of vegetable material during thawing.

The researchers found that preparation of Brassica vegetables had caused only minor reductions in glucosinolate except when they were shredded finely which showed a marked decline of glucosinolate levels with a loss of up to 75 percent over 6 hours after shredding.

The boffins’ conclusion – cut out boiling if you want the maximum benefit from these veggies.