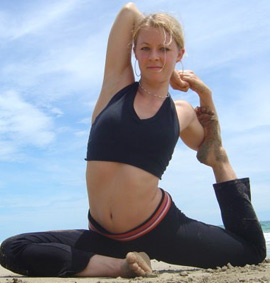 Yoga can cut down the frequency and lessen the intensity of migraine attacks by over 70%. Researchers from the University of Rajasthan conducted a three-month study which found that a combination of certain yoga postures, breathing exercises and chants helped to reduce migraine attacks substantially.

A three-month study conducted by a team of researchers from the University of Rajasthan have found that a combination of certain yoga postures, breathing exercises and chants helped reduce migraine attacks substantially.

At the end of the study period, the team led by Dr P J John found that yoga significantly reduced levels of cortisol (stress hormones) in the 72 subjects enrolled for the study besides improving their heart rate variability (measure of variations in the heart rate).

Reduction of HRV is associated with hypertension, hemorrhagic shock and septic shock. The team has reported its findings in the latest edition of the international medical journal Headache.

“Scientists have been considering serotonin, a brain chemical, to be a crucial factor for headaches. They think low serotonin levels might cause blood vessels to dilate and cause migraine. And yoga is known to improve levels of serotonin. This made us embark on the study and see whether improving serotonin level could actually reduce migraine attacks,” research scholar Neha Sharma said.

John’s team randomly assigned 72 migraine sufferers to one of two groups. One group received education on managing their pain by avoiding migraine triggers and making diet and lifestyle changes.

Participants practiced five days a week for one hour. After three months, the yoga group showed an overall improvement in the frequency and intensity of migraine attacks, whereas the comparison group showed either no change or worsened symptoms.

“The average age of the study group was 20-38 years with migraine severity of 7.6 in a scale of 10. Patients who took part in a yoga therapy programme, undertaking breathing exercises, neck and shoulder exercises, sideward and forward bending postures started having headaches less often and endured less pain with each migraine attack. It also significantly improved symptoms of anxiety, stress and depression,” John said.