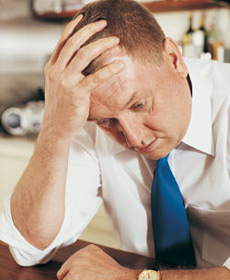 A new study which was released recently in Canada, divorced and separated men may be much more likely to suffer depression than people who stay together or women who divorce or separate.

The authors of the study analyzed data from the National Public Health Survey and found that depression occurred in about 12% of all people involved in the breakdown of a marriage or a common-law relationship, compared with 3% of people who stayed together.

But, the study also found that men were hit much harder than women when a domestic relationship ended.

The study authors said men may be especially vulnerable to the loss of social support after a breakup.

While women tend to have social networks, many men rely solely on their partner for support.