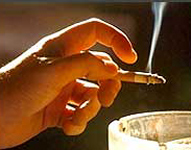 The National Institute for Health and Clinical Excellence (NICE) has approved a drug called Champix that is designed to help chronic cigarette smokers give up for good.

Champix is made by Pfizer Inc, and NICE felt that it was better than Zyban manufactured by rival GlaxoSmithKline.

NICE revealed, “Having looked at all the evidence, our independent committee has concluded that varenicline appears to be a good way to help people who want to quit smoking.”

Champix comes in a pill form that is supposed to be taken twice a day. It works by curbing the craving to smoke.

The Champix pill was approved after a study demonstrated that the pill was effective after participants tried it for 12 weeks.

The Champix pill for the whole course costs 163.80 pounds.

NICE said that the draft guidance could be appealed and final approval of the pill is scheduled for late July 2007.

World AIDS Day 2009: An Uphill Battle Against the Dreaded Pandemic