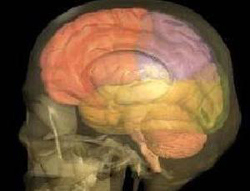 Biomedical engineers at Duke’s Pratt School of Engineering have developed a 3D ultrasound scanner that could possibly be used to guide minimally invasive brain surgeries. It could also find usability in better detection of a brain tumor’s location.
This so-called “brain scope” basically provides an in-depth view of the brain.

The 3D Brain Scanner is to be inserted into a penny-sized hole in the skull and could be use of use for the bedside evaluation of critically ill patients when computed tomography and magnetic resonance imaging equipment is unavailable.
As of now, brain surgeons rely on 2D images that are produced by MRI or ultrasound.

According to Edward Light, a research and development engineer in the biomedical engineering department of Duke, “The problem is that without 3-D, you could miss something.”

The brain scope could also be beneficial as MRI machines are generally costly and require a dedicated space with special surgical tools that can only be used in close proximity to the imagers’ powerful magnets.

Rather than capturing a side view, the brain probe “looks” straight ahead by emitting ultrasound waves like water from a hose. That way, it can produce an image of the brain with just the tip inserted through the skull.

The researchers demonstrated that the brain scanner can successfully image the brain of a dog. Guided by the device, team member Srinivasan Mukundan of Duke Medical Center directed a needle into a particular region of the animal’s brain, as is required in surgeries to drain cerebrospinal fluid and relieve pressure on the brain.

In a second animal, the researchers made use of dyes to enhance ultrasound images of blood vessels in the brain.