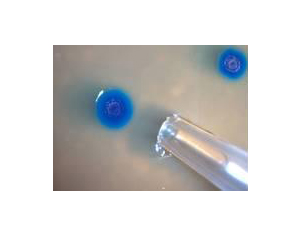 Biologists have converted one species of bacterium into another by replacing all of its DNA, a critical step toward their ultimate goal of designing entire organisms from scratch, according to a study published yesterday.

The transplanted DNA took over its single-cell host in about three days. The resulting bacterium was indistinguishable from the donor species, the researchers reported in the online edition of the journal Science.

“This is the equivalent of changing a Macintosh computer to a PC by inserting a new piece of software,” said J. Craig Venter, a maverick geneticist and senior author of the study.

In the near future, Venter’s team intends to apply the technique to a string of genes assembled in a laboratory and bring to life a simple creature that has never existed before.

In the burgeoning field of synthetic biology, “this is an important development,” said bioengineer Jay D. Keasling of the University of California, Berkeley and the Lawrence Berkeley National Laboratory.

“One day, perhaps soon, [it will] be possible to create an organism with a completely synthetic genome.”

Venter, who famously challenged the decadelong effort by government scientists to decode the human genome by completing the feat at a private company in just two years, said the DNA transplants had so far worked only in two closely related species of bacterium.

He and his colleagues at J. Craig Venter Institute in Rockville, Md., cautioned that it would take time to figure out the recipes for transferring genomes between other organisms.

In the study, the researchers removed intact DNA from Mycoplasma mycoides and inserted it into Mycoplasma capricolum. Both bacteria cause respiratory disease and other ailments in goats. They were chosen because they have relatively small genomes and grow rapidly, allowing scientists to gather data in a matter of days.