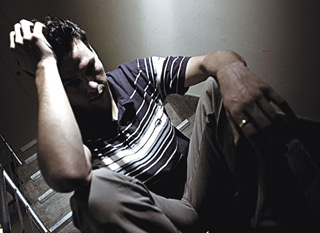 According to senior author Dr. Karl Deisseroth, Assistant Professor of Bioengineering and of Psychiatry and Behavioral Sciences, “I think this will help us make sense of how there can be so many different causes and treatments of depression. It also helps us understand conceptually how something that seems as hard to get traction on as depression can have a really quantitative, concrete basis.

He further added that the new findings might have implications for the search for new treatments for depression.

“You can use that common pathway as the most efficient, most direct targeted way to find truly specific treatments,” he said.

For the study, the researchers used a technique called voltage-sensitive dye imaging, a visualization tool developed by doctorate student Raag Airan, which enabled them to see real-time action of living neurons across the entire network of the brain.

They found an alteration in electrical activity flow through the animals’ brains that could be corrected by human antidepressants.

Dr. Deisseroth said that the extent that the signal spread through the brain sample was diminished in the ‘depressed’ rats, a crucial finding that would not be apparent with other experimental methods.

Upon looking at the formation of new neurons in the hippocampus, which is suggested to be at the root of how antidepressants work, the researchers found that the process could account for the behavioral improvements seen from treatment as well as the circuitry changes. However, fewer new neurons in that region did not equal depression.

The researchers concluded that despite very different cellular mechanisms, the two states appeared to funnel through a common pathway.

‘The holy grail of psychiatry is to try to find final common pathways that can make sense of how genes and life experiences end up with the same result, and the same goes for medications. There are many treatments that act in fundamentally different ways – how do we make sense of all that complexity,’ said Deisseroth.

He also predicted that, as non-invasive imaging of human brains got better in the next few years, researchers would be able to measure these same quantitative measures in people as well.

‘That will be a wonderful thing when that happens,’ he said.