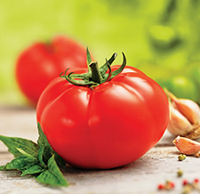 A new research has found that eating organic fruit and vegetables may just be better for the heart and general health than eating conventionally grown crops.

It was revealed in a 10-year US research study that compared organic tomatoes with those that were grown conventionally.

In fact, previous studies have linked antioxidants to reduced rates of cardiovascular disease, some forms of cancer and even dementia.

On comparing organic tomatoes standard produce, the 10-year study found that the former had almost double the quantity of antioxidants called flavonoids.

Flavonoids help to prevent high blood pressure and thus have the potential to reduce the likelihood of heart diseases and strokes.

According to Alyson Mitchell, a food chemist who led the research at the University of California, flavonoids can also help to stave off some forms of cancer and dementia.

Mitchell found that levels of quercetin and kaempferol, both of which are flovonoids, were around 79 and 97 per cent higher respectively in organic tomatoes.

She also added that previously, it had been hard to make comparisons between organic and conventionally grown produce because of difficulties in comparing soil quality, irrigation practices and the handling of harvested produce.

However, for this study, researchers used data from a long-term project that spanned 10 years in which standardized farming techniques were used to reveal trends in crop productivity.

The team also believes that the different levels of flavonoids in tomatoes are due to the absence of fertilizers in organic farming.