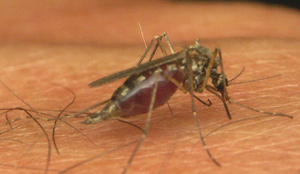 Yesterday, US health officials confirmed that the deadly West Nile virus has already spread to 26 counties in California itself. Three people have already been affected, they said.

All three affected persons were reported to hail from Kern County, making it leading county with the highest number of West Nile cases reported.

The spread of West Nile virus prompted health officials to call on the public to take aggressive preventive measures including the immunization of their animals, draining standing water, putting screens on windows and doors to prevent mosquito bites.

West Nile virus is named after the West Nile district of Uganda, where the virus was first isolated. Now, the disease is commonly found in Africa and Asia.

As of now, no other US county has reported human cases. However, health officials further warned that high temperatures that have recently hit the state could prompt a rapid spread of the disease.

According to Stan Husted, a supervising public health biologist with the California Department of Public Health, “The hot spells we are having now are definitely good for the virus. What we want is to have fewer cases than last year, not more.”

West Nile virus was previously unheard of in California before the year 2002. However, now, the disease has grown into a full-fledged endemic in California. It tends to spread mostly in July and August.

West Nile virus causes flu-like symptoms, however many people suffer from the disease showing no symptoms at all. In its more severe form, it can cause encephalitis, meningitis and eventually death.