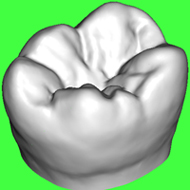 Researchers have discovered an additional purpose for advanced dental lasers which are used mainly to prepare cavities for restoration.

According to a new study that was conducted by researchers in Austria, these advanced dental lasers can now help eliminate bacteria in root canals.

In fact, this study found out that the miniaturized, flexible fiber tips that allow the laser to be used in endodontic treatment, which is more commonly referred to as a root canal.

As part of the study, Dr.Ulrich Schoop and other researchers in the dental school at the University of Vienna used 60 extracted human teeth with one toot each to analyze the effects of laser irradiation on root canals.

Dr.Schoop and his colleagues vaccinated the root canals with one of two types of bacteria and then irradiated the canals using either a 1- or 1.5-watt power setting.

The team found that the laser reduced the amount of E-coli at the lower power setting and also reduced it to below the detection level at the higher setting.