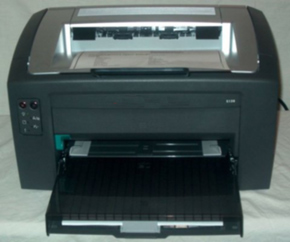 An office printer surely does not look like it could even harm a fly. But now, Australian scientists have warned that the office printer could be of great danger to one’s lungs.

Boffins at Queensland University of Technology’s International Lab for Air Quality and Health tested around 62 machines as part of the research.

They found that almost 30% of the printers emit potentially dangerous levels of tiny toner-like material into the air that can infiltrate the lungs.

In fact, the researchers said that these particles usually emitted from laser printers could cause as much damage as inhaled cigarette smoke.

According to Professor Lidia Moraeska, “Ultra-fine particles are of most concern because they can penetrate deep into the lungs where they can pose a significant health threat.”

“These printer particles are tiny like cigarette smoke particles and, when deep inside the lung, they do the same amount of damage,” Morawska added.

Morawska also said that the health effects from inhaling ultra-fine particles depends on particle composition, but the results can range from respiratory irritation to more sever illness such as cardiovascular problems or even cancer.