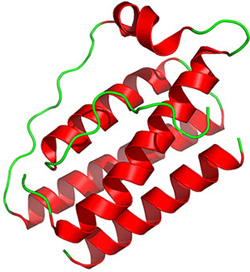 Scientists have said that people who lack the hormone leptin over-eat even when they are not hungry.

Scientists said that the study of this hormone that stops us from eating too much might help them develop a new class of drugs to treat obesity within a decade.

Leptin is produced by fat cells and circulates in the bloodstream to reach the brain where it acts to reduce hunger and increase the feeling of fullness, according to the report in the Aug 9 issue of Science journal.

A team of researchers led by Paul C. Fletcher, a member of the University of Cambridge’s Department of Psychiatry, studied two people with a rare genetic disorder that stops the production of leptin.

The patients ate excessive amounts of food, even things they didn’t like, and were obese. However, when they were treated with leptin, they ate less and lost weight, reported the health portal Health Day.

The researchers showed the two patients pictures of various foods while they recorded their brain activity. The scientists found that the pictures stimulated activity in the area of the brain called the striatal regions. These regions are associated with pleasant emotions and desires.

One region in particular, the nucleus accumbens, was highly responsive to pictures of foods that the patients liked, the researchers found.

But when the patients were treated with leptin, the pictures of foods produced a reduced response in the brain and the researchers said the response was activated mostly by foods the patients liked and only when they were hungry.

“Understanding how brain systems interact with hormones that signal hunger and energy stores will provide us with a more complete picture of factors controlling eating behaviour. It will hopefully take us beyond some of the prevailing and simplistic assumptions about why some people have difficulties in controlling how much they eat,” Fletcher said.

“Such understanding will be a key step in the prevention and treatment of obesity. Importantly, the finding that the liking of food is biologically driven should encourage a more sympathetic attitude to people with weight problems,” he added.