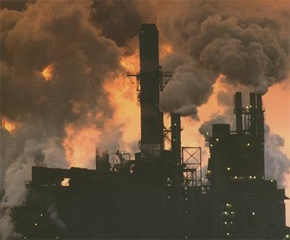 A new study has linked high levels of air pollution to marked deficiencies in lung growth and function.

The study was conducted by a team of researchers led by Isabelle Romieu at the Instituto Nacional de Salud Publico in Mexico.

As part of the study researchers measured lung function growth in 3,170 eight-year-old children at 39 schools in Mexico City and analysed it with respect to the children’s exposure to common urban pollutants: ozone (O3), nitrogen dioxide (NO2), and particulate matter under 10 im (PM10).

They conducted personal exposure assessments on 60 randomly selected children in the study to ensure that the air monitoring station data was an accurate representation of individual exposure.

The study found that although all measurements of lung function increased over time, higher exposure to O3, NO2 and PM10 was significantly associated with growth deficits in FVC and FEV1.

“Although we could not identify specific sources [of the pollutants], the effect is likely to be due to vehicular exhaust,” they wrote.