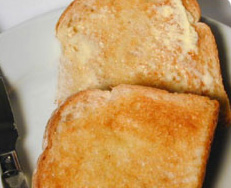 A new study has found that high-glycaemic foods or a diet full of starch can cause liver damage.

Researchers based in Boston, MA reported in the journal Obesity in regards to the dieting practice. They stated that the foods which are rapidly digested by the body could cause increases in fatty liver and raise the risk for serious illness.

An obesity expert stated that fatty liver is a tragedy for the future and something bad just waiting to happen.

Fatty liver is a build-up over time of fat deposits around the organ. There are no effects at first but later in life it could prove fatal.

The study was done at the Boston Children’s Hospital and looked at the effects of diets with many varying traits.

Tam Fry of the National Obesity Forum stated that “Fatty liver is going to be one of the tragedies of the future unless we do something about it.”

That the results apply directly to humans and even children. Around 25 to 50% of American children have the condition which he called a “silent but dangerous epidemic.”said Dr. David Ludwig led the research and stated