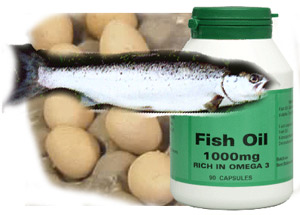 According to preliminary research, children who are at higher risk of developing Diabetes Type 1 might lower that risk if they regularly consume omega-3 fatty acids.

The authors of the research wrote “Type 1 diabetes mellitus is an autoimmune disease that is characterized by the destruction of insulin-producing beta cells in the pancreatic islets. Although it is not yet known what initiates the autoimmune process, it is likely that both genetic background and environmental factors contribute to the disease process.”

They also explained that some dietary factors have been linked to the onset of Diabetes Type 1, as well as the autoimmune process that eventually leads to the disease.

Jill M. Norris, M.P.H., Ph.D., University of Colorado at Denver and Health Sciences Center, Denver, and team wanted to find out whether the regular intake of omega-3 and omega-6 fatty acids were linked to the development of pancreatic islet autoimmunity in children.

The study involved 1,770 children, during the period 1994-2006; they were all at higher risk for developing Diabetes Type 1. To be classed as higher risk the children either had a sibling or parent with the disease, or were in possession of a high diabetes risk HLA (human leukocyte antigen) genotype.

A case-cohort study, involving 244 children was also carried out in which the risk of IA by polyunsaturated fatty acid content of erythrocyte membranes (outer portion of the red blood cell) was checked.

The authors concluded “Our study suggests that higher consumption of total omega-3 fatty acids, which was reported on the FFQ, is associated with a lower risk of IA in children at increased genetic risk of type 1 diabetes.”