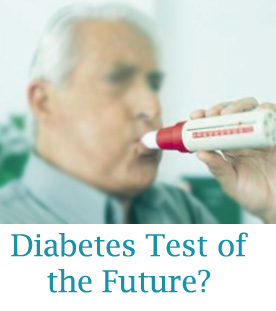 In June this year, we had reported about the development of a pill to control diabetes that would hopefully replace the painful prick of insulin injections. Now, US researchers have said that a simple breath test could replace such injections especially for kids who suffer from type 1 diabetes.

In a recent study, the US researchers found that when the blood sugar is too high diabetic children exhale higher levels of a chemical. Thus, a simple blood test could definitely help to monitor the sugar level in one’s body.

However, Dr. Gulzar also doubts that much of it would actually be feasible. For instance, he even said that insulin pills which were being researched had not yet come around on a commercial basis.

For the study, the researchers at the University of California used a chemical analysis devised for testing air pollution. They found that children with Type 1 diabetes exhale much higher levels of methyl nitrates when their blood sugar is too high.

Dr. Pietro Galassetti, a diabetes researcher at the University of California reinforced that traditional methods of monitoring the diabetic or sugar levels are invasive, painful and sometimes expensive.

“What we’re trying to do here is to come up with something completely non-invasive,”? confirmed Galassetti.

He also said that it would be possible to develop a breath analysis test to monitor diabetic patient’s blood sugar levels.

After examining these samples, it was found that methyl nitrate was as much as 10 times higher than normal. Further, on cross checking the readings with blood tests, a correlation between high blood sugar and high levels of methyl nitrate was obtained.