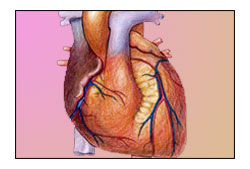 September 30 marked World Heart Day and now researchers have found out that the heart itself is the best healer. Researchers in Bristol have found out some rather good news for heart patients as they stated that hearts may develop innate protection against further damage after suffering any form of coronary disease.

However, on the down side of things, this study also proved that western-style of high fat diets can significantly weaken this internal defense of the human heart.

Saadeh Suleiman, Professor of Cardiac Physiology at the University of Bristol and his colleagues modified the apoE gene in mice which changed their cholesterol processing and made the rodent prone to fatty build-up in the coronary arteries, similar to human heart disease.

After this, the genetically modified mice were fed a high-fat diet that is typically consumed by people in North America and the UK, causing them to develop coronary artery disease and suffer form heart attack.

On the other hand, mice fed a normal rodent diet for the same period did not develop coronary disease.

The researcher says that coronary disease seemed to have “preconditioned” the hearts that is it caused them to develop an innate protection against further damage.

According to them, this finding confirms a widely held belief that in certain heart attack survivors, the heart may become naturally preconditioned against further damage, and that when treating patients with coronary disease surgeon and cardiologists have an advantage than can be further exploited to protect the heart.

The researchers also observed that through normal mice do not develop coronary disease upon being fed the same Western-type high-fat diet, they were much more vulnerable t injury than rodents fed normal diet in case their hearts were starved of blood supply, as happens in a heart attack of during surgery.

Professor Suleiman also says that the finding is in contrast to the disease-prone animals and also suggests that Western style high-fat diet can significantly weaken the internal defenses of the otherwise normally working heart and render it vulnerable to any sudden stress.

Based on the results of the study, the researchers have come to the conclusion that western-style high fat diets are not only bad for people with disease prone hearts but also for individuals with healthy hearts.

Penicillin Allergy- Dealing with the Benign Dangers of the Wonder Drug