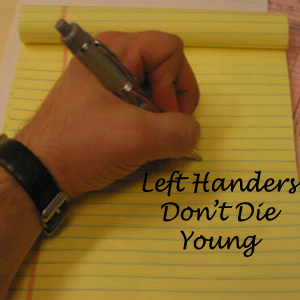 It has long been believed that left-handed people die young. But, now a study of films from Victorian England has challenged this myth that has lived on till today. This study happens to be a very unconventional one, but no doubt seeks to disprove this myth.

For this study, over a million people, aged 10 to 86 were surveyed in 1992. The analysis of this data gathered showed that the proportion of left-handedness was lower in the elderly than in the young.

Now, in the latest study, Chris McManus and Alex Hartigan of University College London used documentary films made in northern England between 1897 and 1913.

Whichever arm people would wave in the films was taken as a sign of their dominant hand by the researchers. A person’s dominant hand is that which is used for writing.

On judging the ages of the people in the films, the researchers found that individuals born within a decade of 1900 actually showed a lower proportion of left-handedness than that found in a modern control group.

McManus believes that most of the left-handed people might have switched their dominant hands as a result of industrialization, as factories are generally designed for right-handed people.

He also feels that the advent of universal schooling may have emphasized the stigmatization of left-handers, pressurizing them to switch dominant hands.

Autism may be caused by high fructose corn syrup: Study