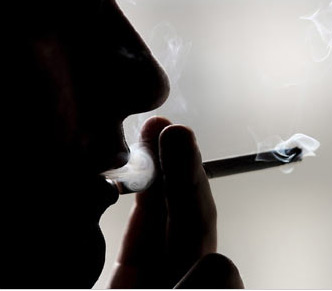 Investigators from the Massachusetts General Hospital, Brigham and Women’s Hospital, the Harvard School of Public Health, all in Boston, and Vancouver General Hospital in Canada, have published the results on Monday in the November issue of The American Journal of Medicine.

This study is the largest prospective assessment of multiple markers of smoking status, duration, and intensity in relation to the risk of psoriasis.

Using data an ongoing longitudinal study of 116,608 female registered nurses from 15 states between the ages of 25 and 42 years at baseline who completed and returned an initial questionnaire in 1989, the researchers documented 887 incident cases of psoriasis during the 14 years of follow-up.

Lifetime smoking exposure was measured in pack-years, equal to smoking a pack of cigarettes per day for one year.

The significant trends persisted with smoking duration in both current and past smokers. Furthermore, exposure to passive smoke during pregnancy or childhood was associated with an increased risk of psoriasis. The risk of psoriasis among former smokers decreases nearly to that of never smokers 20 years after cessation.

“These findings, along with well-established hazardous health effects of smoking, provide clear incentives for smoking cessation in those at risk for and suffering from psoriasis. Beyond the potential effect on psoriasis, smoking cessation would lead to a better overall clinical outcome in psoriasis patients, who often suffer co-morbidities related to smoking,” the researchers wrote in the article.