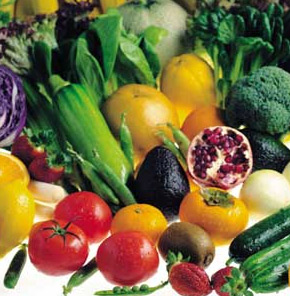 A recent research has shown that organic foods have higher nutritional value than the non-organic foods, which are produced conventionally. The new research says that organic produce contain 40% of antioxidants protecting cells which works against damage.

Prof Carlo Leifert, coordinator of the Quality Low Input Food (QLIF) project, said, “There are more of certain nutritionally desirable compounds and less of the baddies in organic foods, or improved amounts of the fatty acids you want and less of those you don’t want.”

He said that while there were significant variations, it appears that up to 40 per cent more antioxidants could be found in organic fruit and vegetable than in non-organic varieties.

“The most amazing differences are in milk because organic milk can contain more than 60 per cent more antioxidants and desirable fatty acids than any other milk,” he further added.

The team led by Prof Leifert spent four years growing fruits and vegetables and rearing cattle on organic and non organic sites across the Europe. The study under Newcastle University was funded by the EU and food companies.

Earlier the Food Standards Agency (FSA) claimed that people chose organic food because they believe that it is safer and more nutritious, but the evidences do not support this.

After the research FSA has said to revise their advice and it is going through the evidences.

The research will help refuting the government charges that there are no significant differences between organic and non-organic food and that going for organic food is a lifestyle choice.

The four year research has brought forth the raving difference in organically produced milk as 60% more antioxidant than the conventional milk.

The research claims that the ingredient produced in the organic produce will certainly help in fighting many deadly diseases like cancer, tumors and heart disease.