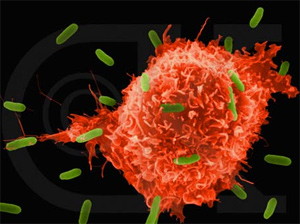 If your immune system’s strong, your body could keep cancers dormant for years.

According to a team of international researchers, who have carried out a research, some cancers are kept in a state of “equilibrium” for decades, unable to be completely wiped out but also unable to grow, provided the body’s immune system is strong.

“Proper immune function is now appreciated as another important factor in preventing development of some cancers. We may one day be able to use immunotherapy to artificially induce equilibrium and convert cancer into a chronic, but controllable disease.

“Further research and clinical validation of this process may also turn established cancers into a chronic condition, similar to other serious diseases that are controlled long-term by taking a medicine,” researcher Dr. Mark Smyth of the Peter MacCallum Cancer Centre in Australia said.

In fact, the team’s findings came from a study of mice that were genetically engineered to develop cancer. According to the findings published in the ‘Nature’ journal, during the dormant phase, the immune system of the mice reduced a tumor’s desire to grow and killed off some cancer cells, but not quickly enough to destroy the tumor.

“Thanks to the animal model we have developed, scientists can now reproduce this condition of tumor dormancy in the laboratory and look directly at cancer cells being held in check by the immune system,” co-researcher Professor Robert Schreiber at Washington University School of Medicine in the United States was quoted as saying.