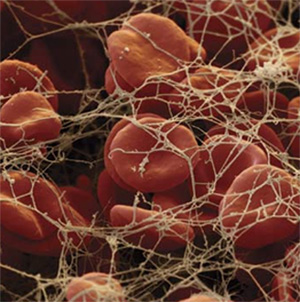 According to a new study, blood clot (deep vein thrombosis) nearly doubles the risk of heart attack or stroke within a year, providing strong evidence the three conditions are linked.

Blood clots in coronary arteries have long been known to be a common cause for heart attacks and strokes, but scientists had largely believed blood clots in veins were unrelated, according to the study published in The Lancet journal.

The study gauged the risk of heart attack and stroke in more than 25,000 patients with deep vein thrombosis and showed the vein condition boosted the risk of either heart attack or stroke by about 90% within a year, compared with people without clots.

The researchers from Denmark’s Aarhus Hospital said that the relative risk compared with people without blood clots in veins also remained about 20%-40% higher for at least 20 years.

The study did not uncover how vein clots, heart attacks and strokes were linked, but obesity could be a key factor, the researchers said.