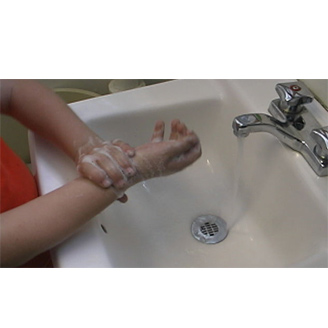 According to a new study, regular washing of one’s hands and wearing protective gear like masks, gloves and gowns, may just be more effective than drugs in the prevention of the spread of respiratory viruses like the flu and SARS.

The study’s findings come at a perfect time just when the UK government announced that it will be doubling the stock of antiviral medicines ahead of any future flu pandemics. However, this study now proves that simple, low cost measures such as those mentioned above should be given a higher priority in national pandemic preparation.

Professor Chris Del Mar and his colleagues wrote that the world is becoming increasingly concerned about global pandemic viral infections like bird (avian) influenza and SARS.

Also, evidence has suggested that the use of vaccines and antiviral drugs would be insufficient to halt the spread of influenza. Further, it is known that there are no agent-specific drugs to treat such viruses as such.

The researchers reviewed 51 published studies that deal with the effect of simple physical means of preventing respiratory infections. Included in the study was any intervention to prevent viral animal-to-human or human-to-human transmission of respiratory infections which include quarantine, barriers, personal protection ands hygiene, compared with a do-nothing attitude. However, vaccines and antiviral drugs were excluded.

They found that hand washing and wearing protective gear were effective individually in preventing the spread of respiratory viruses, and were even more effective when combined. Not only that; they are low cost measures as well.

In spite of study limitations, this systematic review of available research does provide some important insights. For instance, simple public health measures can be highly effective especially when they are a part of a structured programme including education.