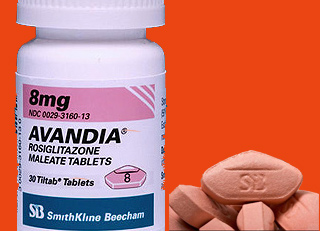 On the basis of a research conducted, it can be concluded that one of the drugs that is commonly administered for the treatment of Type II diabetes in adults is being linked to the possibility of experiencing osteoporosis, the fragility and loss of bone.

The drug called Avandia, which is chemically dubbed as rosiglitazone may result in loss of bone. The research, which was performed on lab mice, showed that when the drug was used on them, the mice showed a much higher incidence of osteoclastic cells.

Ron Evans, professor at the Biological Studies Department of Salk Institute, located in La Jolia, California, was one of the professors involved in the study and he seemed negative about the constant use of Avandia for Type II diabetes patients. He said, “Long term Avandia use for people with diabetes, Type II, can lead to bone fragility and osteoporosis. This is caused by a decrease in healthy bone forming, and an increase in the body re-absorbing bone.”

Adding, “Because rosiglitazone (Avandia) has been shown to be very good at helping the body manage blood sugar successfully, we do not advise blanket stoppage of treatment” Dr. Evans said. “One must weigh the complications against the benefit received.”

The research was funded by the Howard Hughes Medical Institute and the National Institutes of Health. These results have been published in this week’s online version of Nature Magazine.

Avandia is used by a million people around the world to help regulate blood sugar levels. In the past, the drug’s link with increased heart disease risk has also been known and in fact F.D.A. recently issued a black box warning for Avandia after studies revealed the risks of taking the drug.

An Avandia Legal Help page has also been set for those who may have been adversely affected by the drug.