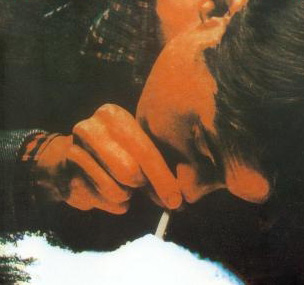 A growing number of people worldwide are getting increasingly addicted to Cocaine, a drug which supposedly provides a mind-numbingly, feel-good feeling. Now, this news may come as a ray of light to those who are badly addicted to the drug. Two researchers have come up with injections which contain modified cocaine, and hope that this could provide the first-ever medication for people hooked on to the drug, commonly referred to as Coke and by some as Charlie.

Two Baylor College of Medicine scientists have successfully developed a cocaine vaccine that stimulates the immune system to attack the real thing. As a result, cocaine will no longer provide the kick that has millions hooked on to it.

Currently in clinical trials, the approval of the cocaine vaccine would serve as a breakthrough in the treatment of cocaine addiction, which as of now mostly comprises psychiatric counseling and 12-step programs.

“For people who have a desire to stop using, the vaccine should be very useful, “said Tom Kosten, a psychiatry professor who was assisted in the research by his wife, Therese Kosten, a psychologist and neuroscientist.

“At some point, most users will give in to temptation and relapse, but those for whom the vaccine is effective won’t get high and will lose interest,” he added.

Kosten asked the FDA in December 2007 to give the green signal to a multi-institutional trial for this vaccine slated to begin in the spring. Now, this trial will be the final hurdle to pass before the vaccine might actually be approved for treatment.

Interestingly, the cocaine vaccine could raise ethical questions about who should receive this treatment and what happens of confidential information about those receiving it becomes known. The question include whether parents would be allowed to have their children vaccinated to wane them off cocaine; whether employers might fall upon such information and use it against employees indiscriminately; and whether it can be used on women who are pregnant and addicted to cocaine.

Meanwhile, Tom Kosten is also working on vaccines for treatment of methamphetamine, heroin and nicotine addicts.