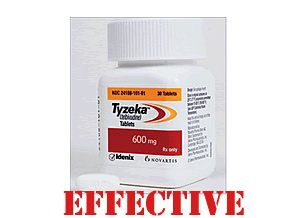 Global studies led by two Hong Kong universities have revealed that the drug Telbivudine can prevent more deaths from chronic hepatitis B than existing medication. Telbivudine, according to the medical breakthrough, can suppress the virus faster and more effectively.

The new drug is a ground-breaking treatment for chronic hepatitis B, which kills one million people worldwide and infects more than half a million people in Hong Kong or 8.8 percent of the population. Of these, up to 25 percent or 149,000 die from liver cancer or cirrhosis, a scarring of the liver.

The University of Hong Kong conducted the largest-ever hepatitis B trial of 1,367 patients from 20 countries. They included 100 Hong Kong patients.

It found that for patients who had just been infected, Telbivudine reduced the virus eight times more after one year than Lamivudine which is also an antiviral medication.

Lai Ching-lung of HKU said, “When treating chronic Hepatitis B, the most important factors are to suppress and reduce the viral replication, and to maintain the virus in the lowest level of persistency.”

He also said the new drug would hopefully help decrease the number of people who die from hepatitis B.

A coinciding test of 135 patients – half of them from Hong Kong and the rest from overseas – by the Chinese University of Hong Kong showed Telbivudine led to 25 times more reduction of the virus than that of Adefovir at 24 weeks.

Two times more patients taking Telbivudine would achieve a non- detectable level of the virus than Adefovir patients at 24 weeks and at a greater and faster rate.

Lai said the history of hepatitis B dates back a long time for Africans and Chinese and that it had been transferred from generation to generation. Ninety percent of sufferers contract the virus, which is transmitted by blood or body fluids, at birth or in their first year.

Worldwide, most infections occur from infected mother to child, or child to child contact in household settings, and from reuse of unsterilized needles and syringes.