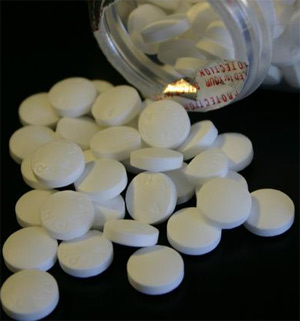 According to a study that was published in the British Medical Journal, UK, being resistant to aspirin actually makes patients four times more likely to suffer from a heart attack. This study is meant for patients who are prescribed aspirin for a long period of time as a way of preventing blood clots from developing.

The study found that patients who are labeled “aspirin resistant” have blood cells, also known as platelets that are not affected in the same way as those patients who are responsive to the drug.

However, as of now, there is no method of accurately determine who is and isn’t aspirin resistant.

So why does aspirin fail to work in some people who take it as prescribed? Relatively few studies have looked at whether aspirin resistance has any impact on clinical outcome so the Canadian authors carried out a review of all the available data to better understand the relationship between the two.

They identified 20 studies, involving 2,930 patients with cardiovascular disease, all of whom had been prescribed aspirin as a way of preventing clots from forming in the blood. 28% were classified as aspirin resistant.

It was found that all aspirin resistant patients, regardless of their underlying clinical condition, were at a greater risk of suffering from a heart attack, stroke or even dying.

In particular, the study found that 39% compared to 16% of aspirin sensitive patients suffered some sort of cardiovascular event.

The study also found that taking others drugs that thin the blood like Clopidogrel or Tirofiban, did not actually provide any sort of benefits to these patients.

Further studies on aspirin resistance need to be conducted in order to identify the most useful test to determine the condition, concluded the authors. They also say that aspirin resistance “is a biological entity that should be considered when recommending aspirin as antiplatelet therapy.”