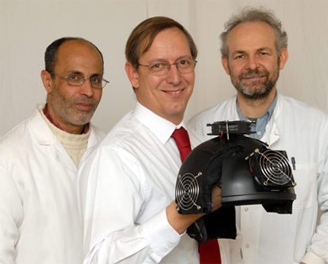 Finally, there’s a ray of hope for sufferers of Alzheimer’s disease. Scientists claim to have discovered the key to reversing the effects of dementia.

The researchers at University of Sunderland in Britain have found that regular exposure to safe low-level, infra-red light could turn back the brain’s biological clock and reverse memory loss.

In fact, their study has shown that the treatment can improve learning performance and also kick-start the cognitive function of the brain, particularly in those suffering from gradual memory loss.

The new infra-red device, which is shaped like a helmet, was created by Dr. Gordon Dougal who came up with the theory put to test by the British researchers in the university.

“The implications of this research at the University of Sunderland are enormous — so much so that in the future, we could be able to affect and change the rate at which our bodies age.

“As we get older, cells stop repairing themselves and we age because our cells lose the desire to regenerate and repair themselves. This ultimately results in cell death and decline of the organ functions, for the brain resulting in memory decay and deterioration in intellectual performance.

“But what if there was a technology that told the cells to repair themselves and that technology was something as simple as a specific wavelength of light?