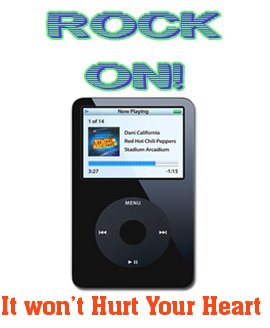 Today, iPods have become synonymous with just about every activity. When commuting, working out in the gym or even when walking on the street, you see people keenly listening to music on these digital music players. Here is some good news for all of you who cannot do without your iPod.

A new report has refuted all claims that portable music players such as Apple’s iPods do not interfere with cardiac pacemakers, as previously thought. In fact, in May 2007, a preliminary study actually tried to prove that iPods could cause pacemakers to malfunction by interfering with the electromagnetic waves that the heart monitoring equipment sends out.

The measurements indicated that there were no effects on cardiac pacemaker users.

The study conducted last year caused a flurry of media reports speculating that the iPod could interfere with pacemakers. However, the reports were based on a single incident where a patient with a cardiac pacemaker suffered dizziness while using an iPod. These claims have now been refuted by the new study.

“Based on the observations of our –in-vitro study we conclude that no interference effects can occur in pacemakers exposed to the iPods we tested,” concluded Bassen.

Cardiac pacemaker users no longer need to worry about going without music on their digital music players. Looks like it’s time to plug in those ipod earphones and crank up the volume a tad bit!