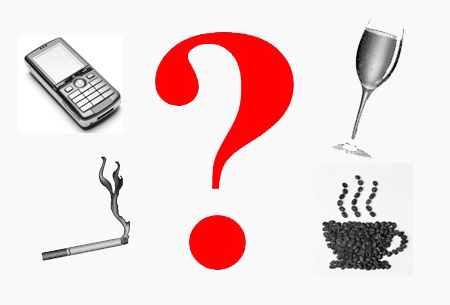 There have been so many articles written about coffee, mobile phones, and various other urban carcinogens, that one would think giving up reading altogether was the best solution.

Contradictory to popular beliefs drinking coffee, using mobile phones or having breast implants are now unlikely to cause cancer according to a risk ranging system. The Cancer Risk Assessment system confirms that while smoking, alcohol consumption and exposure to sunlight are some of the leading risk factors; coffee, mobile phones, breast implants as well as water with fluoride cause no need for concern.

It was Prof. Bernard Stewart from the University of New South Wales who devised the five-point system which categorizes various elements that run the risk of causing cancer into categories including proven, likely, inferred, unknown and unlikely.

Stewart states “Our tool will help establish if the level of risk is high, say on a par with smoking, or unlikely such as using deodorants, artificial sweeteners, drinking coffee,” .

In his study he established that active smokers and ex-smokers to be at most risk. However, the risk reduces for people who have quit smoking.

Although alcohol was also a high risk factor, especially when combined with active smoking, Stewart said no particular drink was to be blamed.

He added that drinking chlorinated water and using mobile phones are far less likely to cause cancer .The catch however is that the effect of long term use of mobile phones has not yet been established.

Stewart’s research was published in the latest edition of the Mutation Research reviews Journal to mark World Cancer Day.