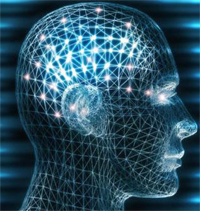 An international team of scientists say that they have made a significant advance in the understanding of conscious perception by learning how single neurons in the human brain react to perceived and non-perceived images.

Dr. Rodrigo Quian Quiroga, a bioengineer at the University of Leicester who is spearheading the research says that the study is now opening up new possibilities of exploring the relatively unknown scientific area.

“There has been much interest in recent years in consciousness, which is considered by many as one of the major scientific challenges to be solved, or at least addressed in a scientific -rather than just philosophical- way,” Dr Quian Quiroga said.

While explaining the process involved in the study he said, “”Recordings were done in epileptic patients candidates of curative surgery in which intracranial electrodes are implanted to establish the location of the epileptic focus and evaluate the potential outcome of the surgery. Patients usually stay for 1 or 2 weeks in the guard and this gives us the extraordinary opportunity to perform experiments and study how neurons in the human brain respond to different perceptual and behavioral tasks.”

“In this particular study we showed pictures in a computer screen very briefly, at the threshold of conscious recognition. Subjects had to report whether they recognized or not the particular picture showed in each trial. The key point is that, since the pictures are shown very briefly, for exactly the same visual input sometimes the subjects reported recognizing the picture and sometimes not recognizing it. Then we could ask whether the neurons fire according to the subjects’ conscious perception or the actual visual inputs,” he said.

As to what the study showed, the researcher added: “We found that the neurons we recorded responded to the conscious perception in an ‘all-or-none’ way by dramatically changing their firing rate only when the pictures were recognized. For example, a neuron in the hippocampus of one patient fired very strongly to a picture of the patient’s brother when recognized and remained completely silent when it was not, another neuron behaved in the same manner with pictures of the World Trade Centre, etc.”

“Interestingly, based on the firing of these neurons it was possible to predict far above chance whether a picture was recognized or not. Another interesting observation is that a picture flashed very briefly generated nearly the same response -if recognized- as when shown for much longer periods of time. This means that a single snapshot as brief as 33 ms was sufficient to trigger strong neuronal responses far outlasting the stimulus presentation, signaling the conscious perception of the picture shown,” he added.

According to him, potential applications of this discovery include the development of such Neural Prosthetic devices for paralyzed patients or amputees as will read commands directly from the brain and transmit them to bionic devices.

However, certain clinical and ethical issues yet pose a huge challenge before Neural Prosthetic devices can be applied in humans. This is mainly it involves an invasive surgery that needs the consent of the patient before it is actually undertaken.

But, DR. Quiroga is optimistic saying that the discovery has far-reaching applications for the treatment of patients suffering from schizophrenia, Alzheimer’s and epilepsy.