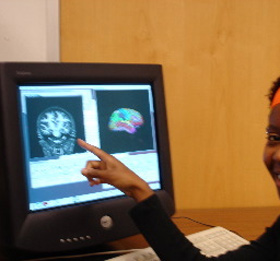 According to recent findings, computers may enable a faster, cheaper and more accurate diagnosis of Alzheimer’s disease compared to conventional approaches.

The new method will be particularly attractive for developing countries which face a dearth of trained clinicians or require standardised reliable diagnosis, as in drug trials, said Richard Frackowiak of Wellcome Trust Centre for Neuro-imaging.

Frackowiak emphasised that as symptoms surface after the brain has been damaged, it is important to make an accurate diagnosis early to improve chances of preventing deterioration.

“The next step is to see whether we can use the technique to reliably track progression of the disease in a patient. This could prove a powerful and non-invasive tool for screening the efficacy of new drug treatments speedily, without a need for large costly clinical trials,” he added.

Build up of plaques and tangles of tissue filaments in the brain cause it to atrophy. Definitive diagnosis is usually only possible after death.

Currently Alzheimer’s is diagnosed by a combination of brain scans, blood tests and interviews by a clinician. The tests are time consuming, and distinguishing the disease from other forms of dementia can be difficult.

Now, a team of researchers led by Frackowiak has shown that scans of Alzheimer’s can be distinguished from those of healthy individuals and patients with other forms of dementia. Computers can identify the characteristic damage of Alzheimer’s disease with an accuracy of 96 percent.

The research tested scans from the US and Britain, from communities and from academic hospitals. The method was shown to be valid by testing it on scans from people who had their status proven by pathological examination – the gold standard.