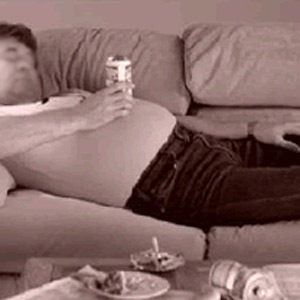 Are you a couch potato who like many others feels really lethargic and tired all the time? Well, then it’s time you got off that couch and fitted in a bit of exercise into your daily life for a new study says that regular low intensity exercise could effectively reduce fatigue and increase energy levels among sedentary people.

It’s common knowledge that exercise, even in the mildest form can be beneficial in several ways. In fact, a number of previous studies have shown that exercise can significantly improve energy levels and decrease tiredness especially among those with cancer, heart disease and mental health issues.

Now, this new study from the University of Georgia focuses on people who constantly experience a sense of tiredness. According to the lead author of the study, researcher Tim Puetz, some of us tend to believe that even a quick workout will leave us feeling tired and weary especially when we are already feeling fatigued.

However, he added, that regular exercise can actually go a long way in boosting one’s energy levels, especially in those who lead a sedentary lifestyle.

This study involved 36 participants who did not exercise regularly and had reported persistent fatigue based on a commonly used health survey and were then divided into three groups. The first group was asked to do 20 minutes of moderate-intensity aerobic exercise thrice a week for six weeks, while the second was asked to do low-intensity aerobic exercises for the same period. The third group was the controlled group that did not exercise at all.

It was found that the low- and moderate-intensity groups experienced a 20% increase in energy levels over the control group. Moreover, the low-intensity group showed a 65% reduction in fatigue levels compared to 49% in moderate intensity group.

Professor Patrick OConnor, co-author and co-director of the UGA Exercise Psychology Laboratory said that it could be that the moderate-intensity exercise is too much for people who are already fatigued and this might contribute to them not getting as great an improvement as they would had they done the low-intensity exercise.

Puetz said that the findings of this study suggest that exercise acts directly on the central nervous system to increase energy and reduce fatigue.