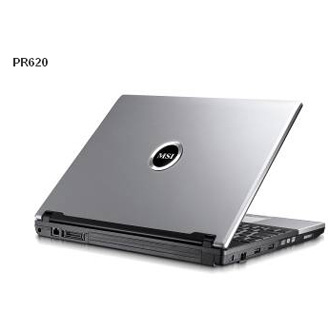 Notebook manufacturer MSI will be unveiling a unique laptop at the upcoming CeBIT Communication and Electronics Expo in Hanover, Germany. Known as the PR620 Anion Notebook Computer, this machine offers users an experience similar to a breath of fresh air in the wood, in spite of being enclosed in an office.

Basically, the MSI PR620 Anion Notebook is capable of releasing concentrated anion which MSI claims to be effective in cleansing and upgrading the quality of air.

According to MSI, being enclosed in offices and small rooms along with the use of laptops and other electronics can easily cause a sense of physical weariness. This in turn leads to poor work efficiency. But, breathing in anion can relieve stress levels, sooth weariness, awake the senses and even strengthen one’s immune system, says MSI.

For this, MSI has incorporated the anion technology in its notebook. The PR620 can release up to five hundred and fifty thousand ions/cc (50cm from the air vent), which is more than that if you were perhaps in close proximity to beaches and mountains.

Further, the MSI PR620 Anion Notebook Computer contains concentrated ozone lower than 0.02ppm. It is a known fact that high ozone concentration levels can be harmful to human bodies.

Listed below are the actual benefits of Anion Technology:

MSI will showcase the PR620 Anio Notebook Computer at CeBIT in Hanover which is scheduled to run from March 4 through March 9, 2008.