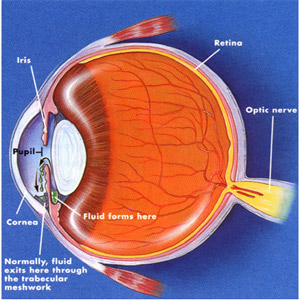 Scientists in the UK are developing computer software that will spot signs of glaucoma offering a potential to prevent many people from going blind. Most Glaucoma patients are unaware of the symptoms until a lot of damage has been done.

Glaucoma is a disease of the optic nerve that involves loss of retinal ganglion cells in a characteristic pattern of optic neuropathy.

The team at London’s Moorfields Eye Hospital are developing the computer software which will be able to diagnose people with glaucoma earlier than conventional tests.

The software is known as the Moorfields Motion Detection Test (MDT).

According to professor Vis Viswanathan, a consultant surgeon in glaucoma at Moorfields who developed the system, conventional tests which concentrate on the ability to see light, generally fail to pick up a patient’s ability to detect movement.

“A better test would be based on the ability to perceive motion and that is how this test came about,” explained professor Viswanathan.

As of now the Moorfields Motion Detection test can be downloaded on to a laptop computer. Eventually, the scientists hope to make it available directly from the Internet, so that it can be accessible to all.