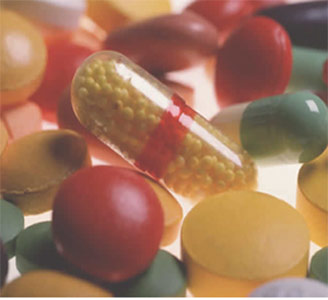 People who suffer from stuffy sinuses are generally prescribed with antibiotics. However, a new research has revealed that such drugs do not actually work.

Sinusitis is a very common condition which most often takes place after suffering from a cold or the flu. When one’s sinuses get infected, small air pockets inside the cheekbones and forehead causes a high temperature, pain and tenderness in the face and forehead and a blocked or runny nose.

According to the new research, doctors should cut down on antibiotic prescriptions for sinus, because in actual fact they do not work.

The researchers analyzed nine trials which showed that the drugs make no difference even if the patient had been ill for over seven days.

The research looked at how long 2,600 patients were ill before they received treatment. It found that the time of illness is not a very good indicator of whether antibiotics will be effective.

It was found that due to the side-effects, costs and the risk of resistance, antibiotics are not a good option even if patients have been ill for over a week.

According to study leader Dr.Jim Young, from the Basel Institute for Clinical Epidemiology in Switzerland, “If a patient comes to the GP and says they have had the complaint for seven to 10 days that’s not a good enough reason for giving them the antibiotic.”

In fact, the figures showed that 15 patients would need to be treated before one would be cured with antibiotics.