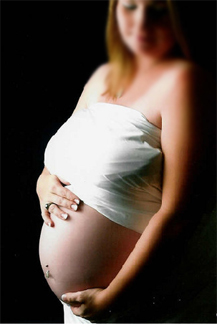 Pregnancy and motherhood is the most wonderful time for women. But, there is more good news as pregnancy also makes them smarter and more intelligent.

New research by US scientists suggests that pregnancy brings about changes in the brain that make women quicker and smarter for decades after giving birth.

After conducting the study on rats, they came to the conclusion that women with children are more visually aware and responsive compared with those without children.

There is a ”reservoir of hormones” released in pregnancy and giving birth that create permanent changes in the brain , researchers said.

According to researcher Craig Kinsley, a neuroscientist at the University of Richmond,”The flow of estrogen promotes neuron growth and enhances the plasticity of the brain, as a result mothers in our animal models have better vision, coordination and memory, stronger survival instincts and go about their tasks more efficiently than non-mothers.”

The research suggests that the benefits of such findings are lasting in women.

”The changes in the brain that control cognition and fear responses actually last into old age, in human terms, the effects would last until a woman was in her eighties,” said Prof Kinsley.

He said the research was basic science but it could be applied to develop new therapies for hormone-related conditions and menopause, currently best treated with controversial hormone replacement therapy (HRT).

”If we can mimic the process that is happening in mothers’ brains then we could use it therapeutically for older women going through hormonal adjustment as a better form of HRT,” he said.

It could even be used to improve cognitive function with nerve regeneration in diseases like Huntington’s and Alzheimer’s.